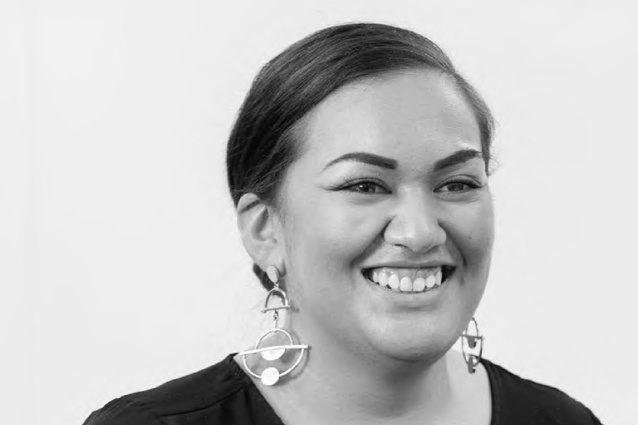 Since receiving a Keystone Trust Study Award in 2010, humanitarian, architect and community leader Ti’afelelea’I Carinnya Feaunati (Carinnya) has become a respected changemaker – a role set to make a big impact as she approaches her position as a member of the New Zealand Institute of Architects (NZIA) Board.

First established in 1905 as a professional organisation for architects in New Zealand, the NZIA now has around 4,000 members working in Aotearoa and across the world to promote excellence within the sector.

Yet it was the opportunity to contribute to the NZIA’s core values and create awareness of the benefits of well-designed buildings and spaces that align best with Carinnya’s own principles.

Guided by her Samoan heritage, strong connection to community and faith, she uses learnings from her upbringing to promote genuine and meaningful cultural design engagement within the industry. This she says, begets design outcomes that is uniquely reflective of people and place in Aotearoa.

She says the traditional architectural process can often miss the opportunity to capture the cultural melting pot the country has become and is passionate about this work which places community and uplifting indigenous stories in Aotearoa at the heart of projects.

Seeing her contribution to the architecture industry as a way to improve social frameworks and give back to her community, Carinnya identifies a pressing issue in climate change and the increasing occurrence of adverse weather events.

Across New Zealand and in her native Samoa, rising sea levels and flooding are threatening homes in low-lying areas and she says disaster relief construction, as well as the creation of enduring, low-cost housing at scale and pace are issues to urgently address.

These issues are a key consideration in a current project she is working on in American Samoa, master planning the Fagatogo District and Pagopago Harbour.

“It’s a project that interrogates the threshold where water and land meets. Weaving together opportunities to reinvigorate the relationship the people of American Samoa have with the harbour with design outcomes that also help regenerate and give back to the biodiversity and natural environment,” Carinnya says.

Carinnya’s social conscience has enabled her to become a leader in her field. Throughout her roles as a sister in a family of five siblings, Head Prefect at New Plymouth’s Sacred Heart Girls’ College and studies where she became a buddy to two younger Keystone Trust Study Award recipients – she has always demonstrated a commitment to compassion.

This was further exemplified in 2012 when she was accepted as a youth advocate for the Leprosy Mission New Zealand, working with hospitals at the coalface of the charity in Nepal.

“Carinnya continues to take on challenging projects which effect positive change within New Zealand’s architecture industry. She is a wonderful role model for young students who are strengthened and motivated by her many successes, and a valuable participant in our alumni network,” Mrs Stanes says.

As one of the Trust’s Study Award recipients in 2010, Carinnya received five year’s financial and pastoral care (her initial Study Award was extended) as she sought her bachelor’s degree and subsequent Master of Architecture at Victoria University of Wellington.

She credits the Trust with providing invaluable support and has since gone on to wear many hats as New Zealand’s only Samoan and female registered architect, cultural design advisor at Designgroup Stapleton Elliott, and lecturer at her old alma mater’s School of Architecture where she is tutoring current Keystone students.

Through her work as the Wellington Director of the NZIA Board, Carinnya is focused on creating professional development opportunities for young Māori and Pasifika.

She also sees her position as providing a greater platform to enact community engagement initiatives, while sharing a unique take on built spaces as the board’s only director of Samoan descent.