Keystone in the Regions!

This week Keystone GM Victoria has been catching up with our students in the regions and checking out some sponsor projects along the way.

Wellington was the first stop where the group went back to take a look at progress at Precinct Properties Bowen Campus with Lt McGuinness, RCP & Warren and Mahoney. The group enjoyed taking a tour of both the Bowen State Building and Charles Ferguson Tower, projects which have involved significant strengthening and recladding of the existing structures, sympathetic to the surrounding parliamentary buildings.

Wednesday was Dunedin’s turn and a return to the Otago University Dental School with Leighs Cockram. The progress was considerable having last visited the site in March 2017 on a wet and muddy day with the project not yet out the ground. On the visit this week we were able to see the new high tech facility which will house 214 dental chairs. Project Manager Nathan Hawkins shared the story of the 50m crane which found its name a competition and was aptly named “Reachie McClaw”

We finished the week in Christchurch, where Keystone Alumnus and Holmes Consulting’s structural engineer, Sam Fredheim, organised a tour of the new Christchurch Convention Centre, Te Pae. With the 50 tonne truss now in place it was awesome to see how this project is now taking shape and reflecting the distinctive Canterbury landscape in its design. We were lucky enough to be shown around by some of the project team including sponsors Holmes Consulting and Warren and Mahoney, together with CPB Contractors.

Once more, thank you to everyone that took the time to lead our student tours.

Check out the photos from the day here: https://flic.kr/s/aHsmoovPBD 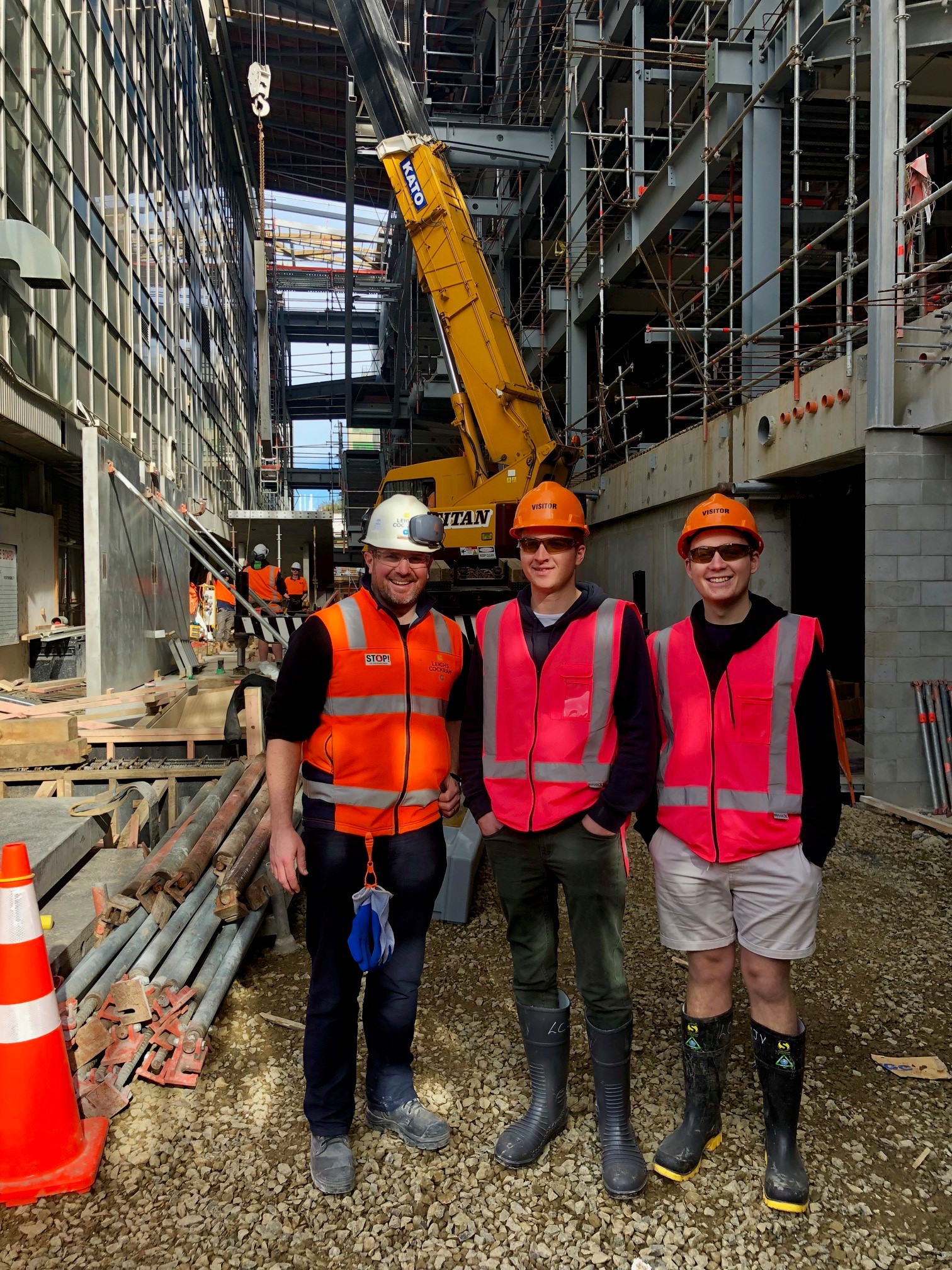